For the past few years, Alphabet (Google’s parent company) has been quietly building up the Android and ChromeOS software to have some ecosystem features. Google saw what Apple did and found out that the Ecosystem ™ is a very effective tool to keep users locked in with all the conveniences that the ecosystem provides. We explored what Google bought into their ecosystem play and do they match up against the king of ecosystem: the Apple Ecosystem.

What is Google Ecosystem


Google’s tagline on the ecosystem is “Better Together". Their focus is on the Android OS, the OS that powers over half of the world’s smartphones, but they are also integrated with other facet of the Google line up like the AndroidTV, Wear OS (smart watch) and the Chrome OS.


Chances are, you already have an account with Google. So that means you are technically already in Google’s ecosystem. If you sign up with Google free email service (Gmail) or use Google web browser (Chrome) and register an account there for convenience, you are already in the ecosystem.


Now, let’s see what are the benefits of being in Google’s ecosystem. For one, you will get a free 15 GB of cloud storage. Google’s relationship with cloud storage is all over the place. It started with Google giving away 1 GB of storage in their email service which was a really a big deal at that time (most popular choice was hotmail which gives a measly 2 MB of storage), then other services provide “free” storage like Google photos which gives unlimited storage if the pictures met certain quality standards.

Of course, there are always a few committed individuals which will always exploit the system for their own nefarious purpose, which is why we all cannot have nice things. Google streamline the storage quota of 15 GB for all services that you use. So Google Drive, Photos, Gmail, and others are tied to this 15 GB storage. You can manage the storage by visiting their site here.

Of course, one of Google’s best selling points is the library of free and pretty good apps that is on offer. Back in the day, to do all these office productivity work the legal way, you will need to buy Microsoft Office and have to upgrade them every 2 years or so. Because back in the day, there was either no free alternative or it was quite crappy. Now, you can get a decent and quite capable word processor, spreadsheet app, presentation app, calendar, email and photo management for free. Of course, if you need advanced tools in those app like macros or database-lite functions, Microsoft is the way to go, but at least for the 99% of us, the GSuite app can solve almost everyday problems.

One of Apple’s best selling points in the ecosystem is the ability to unlock your devices because you already have another device that can authenticate you. The Apple Watch unlocks your Mac. The iPhone unlocks the Apple Watch. You receive a message on your iMessage, it gets updated to every device that you own.


Google is doing the same thing with their ecosystem. The Android phone will unlock the ChromeBook. If you install Phone Hub on your windows laptop, it can manage your Android Phone. You can find all your devices with their app, aptly named “Find My Device”. If you get on a new Wi-Fi network on your Android phone, your Chromebook will know about it.


Apple created their in-house chip for not only on the iPhone, but other smaller devices like the AirPods, HomePods and Apple Watch. One of the features that they made is the superfast bluetooth connection between devices. One of Bluetooth minor annoyances is trying to pair devices so it will work. But with their own custom hardware, Apple is able to solve this problem. On Android, Google has this function called Fast Pair to do exactly that. Just like Apple, only certain devices like Pixel Buds and Bose QuiteComfort headphones work.


One of Apple’s convenience features is how easy it is to send pictures or files to other devices using AirDrop. Just tap the share button and you can instantly AirDrop things to your other devices or another person. Google has this same thing called Nearby Share.

One of Apple’s major and fast growing income earners is services suite. Things like Fitness+, Music, News+, AppleTV+ and Apple One not only contribute massively to their bottom line, but also give a better experience on their devices. Let’s explore what the service equivalent is in Google’s own ecosystem.


For Apple, it’s Apple Music. Google used to have the option in the Google Play store with Google Play Music, but that effort has be defunct and turn into YouTube Music.


For Movies, Apple has Apple TV+ with their own original show which actually won awards like the Oscars and Emmys. Google has Google Play Movie store which just rent out movies from distributors like Warner Brothers and Universal


For information feed, Apple has a News app which gives briefings from around the world. Google News is a much smarter service but basically works in the same way. Apple has News+ which gives you subscriptions from hundreds of magazines in the USA. Google has no such service.


In the fitness arena, Google has Google Fit which keeps track of your daily workout routine, steps and heart rate. Apple takes this further by having Fitness+ program where you can do workouts with professional trainers. Google has no such server.


Gaming is a major source of Google revenue because just like Apple, they get a cut for every dollar spent on their platform. However, unlike Apple, they have a bit more freedom for developers to conduct their business. You can have multiple app stores in the Android platform while in Apple, it’s only the App Store and that is only it. Apple has a Netflix style gaming subscription model called Apple Arcade. Google’s equivalent is called Google Play Pass where you pay a monthly fee for a steady stream of games.


In Apple, you have an option to bundle all of their services so you only pay for a single price for all of their services. In Apple, it’s called Apple One where you pay up to $30 a month to get all their paid services (News+, Apple TV+, Fitness+, etc) and around 2 TB of cloud storage. Google has a similar sounding plan called Google One but it only applies to their cloud storage. You can pay up to $10 a month to upgrade your cloud storage to 2 TB which can be shared with five other people. As Google does not have an extensive service offering like Apple, this is a logical thing to do.

For all the glory and features in Google’s ecosystem, there are a few features that are missing and Apple has been implementing it for years.


First, there’s the Continuity feature. When Apple demoed it back in 2014, it showed that you can start creating notes, write emails on the Mail app or browse something on the Safari, you can basically take off where you left when you log on to your Mac.


Another is SharePlay where you can view a media or object in a conversation. Yes, while there is things like share screen feature to view a movie together in a presentation, SharePlay is a step up where the media is played on local devices.


Apple has included U1 Ultra Wide Band (UWB) communication chips on their devices since the introduction of iPhone 11. One of the features of the U1 chip is that it is more aware of other devices and you can have features like tapping a HomePod Mini to play the song that you are listening to. For Google to achieve this feature, it has to map out hardware requirements for other devices other than smartphones.

While Google’s efforts are commendable, compared to Apple’s wall garden, Google ecosystem features still look like a version 1.0 product. Well, for one, there are a few factors that work against Google. Apple has vertical control in every aspect of their product while Google on the other hand is taking a more Microsoft-way of approach which is to focus on the software implementation but not the hardware other than specific requirements, which hardware implementers might just skirt or completely overlook.

Services on the other hand, compared with Apple’s effort, is absolutely dismal. This is because Google’s focus is elsewhere: ads and cloud computing while Apple is focused on being an experience and lifestyle company. But this does not mean things will stay the same in the future: If Google teams up with other companies like Netflix, Peloton and Spotify, Google might amp up their services offering which could match Apple’s.

One thing for certain, the future looks more integrated and each major player started to see the benefits of their own walled garden and pretty much would build it as fast as possible. As Apple has shifted focus on their services business, their offerings have substantially changed since 2019 and grown into a large income stream by itself. We dig deeper into what Apple is offering and how you can save money in getting those services. 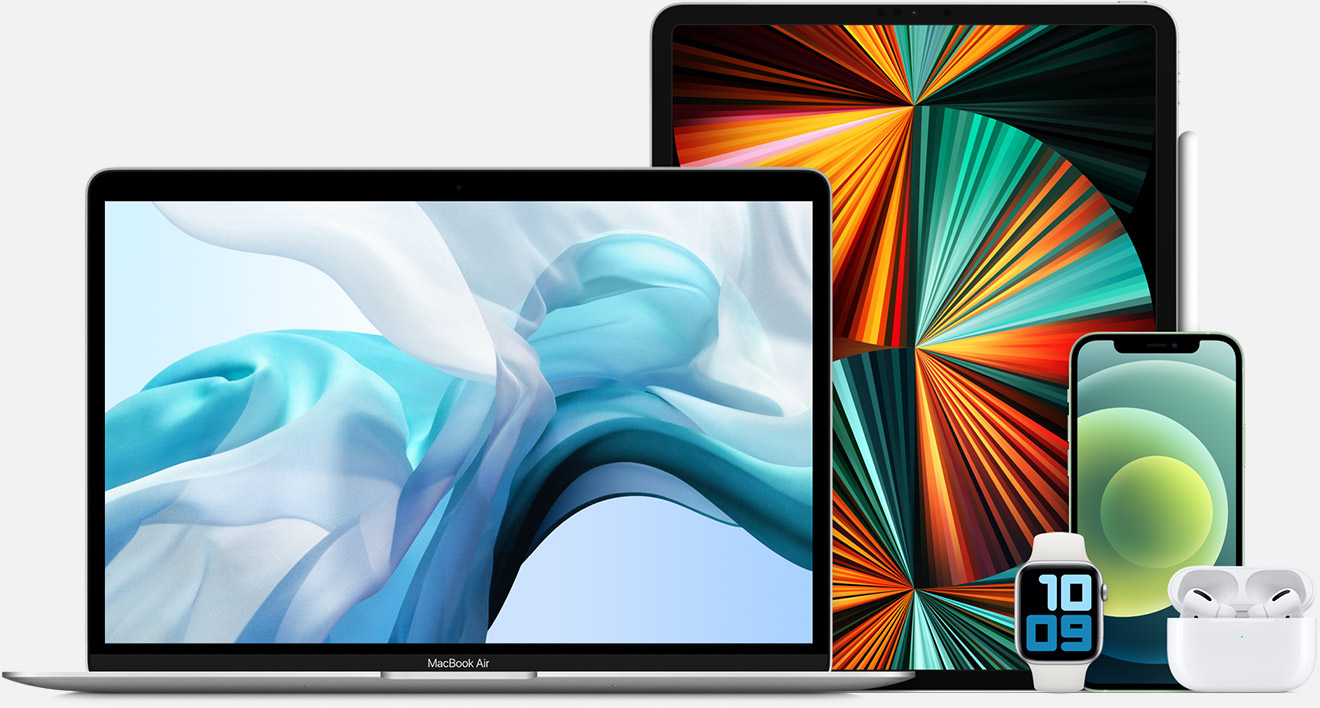 Apple's most valuable product is not the iPhone or the Mac. That would be the wall garden experience that is the ecosystem that is uniquely Apple.

Google Tensor vs Apple A15 and Others

Google debuts a brand new SOC that powers their Pixel 6. How will Google own SOC stack up against the competition like Apple A15, SnapDragon 888 and Samsung Exynos 2100?

Samsung has officially unveiled the new Galaxy S22 series. Can it finally beat the stalion from Cupertino, the iPhone 13?